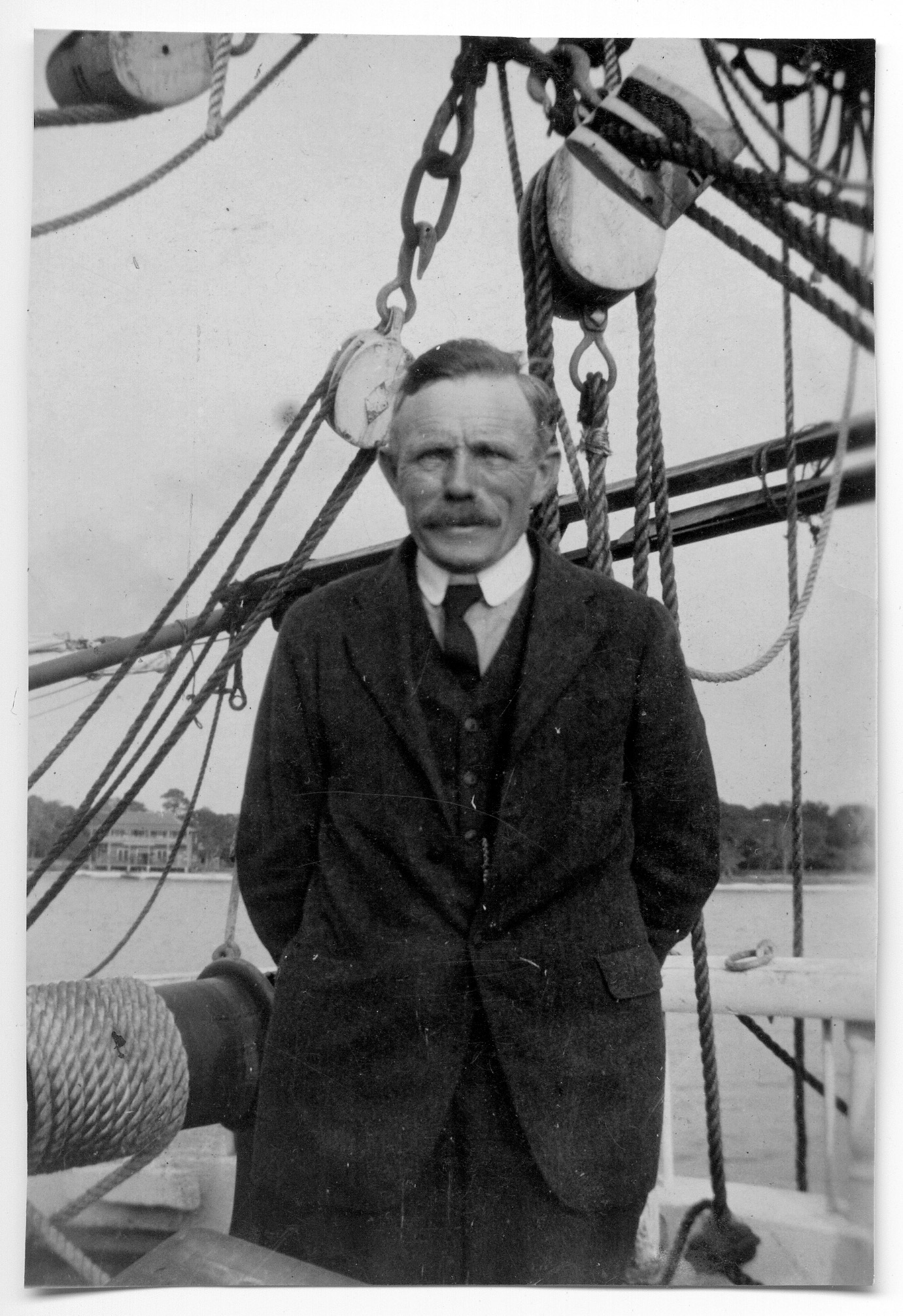 Don't miss this virtual program with author John Anderson who will speak about his book Borne on the Wind that chronicles the life and times of Maine schooner Capt. Anders Anderson in the last decades of the Atlantic sailing trade. The author’s father, John Anders Anderson, sailed with Capt. Anderson as a teenager and later became a marine engineer and fisherman out of Rockland. Shot between 1924 and 1927, the many fine sailing photos contained in the book were taken by the author’s father.

Turbulent economic times in Sweden in the 1870s and ’80s and the premature death of Anderson’s father left his family destitute. After five years at sea, he set off for Australia to be a sheep farmer and seek opportunities to help his mother and seven younger siblings back home. So began the improbable adventure that brought him to America and to a life as a Maine schooner captain. He found love with Annie Gilley, the shy, kindhearted daughter of a Southwest Harbor lighthouse keeper descended from the pioneering Lurvey and Gilley families of Mount Desert and Baker islands.

John R. Anderson grew up in Rockland, Maine, and graduated from the University of Maine. He worked for twenty-five years in international airline and travel management. As a second career he taught middle-school history and English for thirteen years. He lives in Massachusetts with his wife, Karen, near their children, Katie, Andrew, and Margaret.

The book is available to purchase from the Library for $65. To purchase the book and to indicate inscription details, call 207-244-7065 or email programs@swhplibrary.org. The book cost is $65. For more information about the program or questions, call the Library at 207-244-7064.